For the past one week, there has been some media buzz of varying opinion regarding a letter issued by the President of Nigeria, transferring the powers of his office to the Vice President. In the letter, it stated, according to Vanguard online news 9th May 2017, “While I am away the Vice President will coordinate the activities of the government.” In one of the paragraphs of the letter, Section 145 of the Nigerian constitution was referenced, and as the letter followed, in another paragraph, the word ‘coordinate’ was used. But the word coordinate did not go down well with a lot of professionals and political analysts.

In a Functional organization and a weak Matrix organization, the role of a Project Manager is that of a coordinator or expediter, thus, the title of Project Coordinator or Project Expediter. A Project Coordinator is a Project Manager, with less powers and influence on resources required and utilized on a project. A project coordinator type of leadership occurs where a manager reports to other executives who are superior to him/her and oversee the coordinator’s activities. According to PMBOK, a project coordinator is also known as a project expediter. An excerpt from PMBOK 5th Edition “A project expediter works as staff assistant and communications coordinator. The expediter cannot personally make or enforce decisions. Project coordinators have power to make some decisions, have some authority, and report to a higher-level manager.” 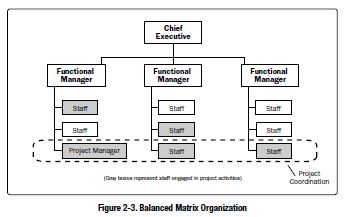 In conclusion, whether the language of the letter from the President was meant to strip the Vice President of his substantive powers directly or indirectly, we cannot objectively confirm. But it is obvious even in project management what a coordinator is and the level of power such a person is accorded.

One thought on “Coordinating VS Substantive Manager”